Society for Excellence in Education

My chess journey started when I was 7 years old. I started playing with my Dad. He provided me simple tips and tactics that laid the foundation of my chess game. Initially, I lost many games against him and I cried after every loss. My parents told me to continue practicing because they believe efforts are more important than achievements.

One year later, I started playing chess with my friends. They were good at it and won against me most of the time. I played casually for a few months. When lockdown started in March 2020, I had a lot of time, so I started playing chess again. In the lockdown, my love for chess sparked when I found out about a chess website named chess.com. I immediately logged on to that website with the username BriskCheetah. I started with a rating of 800 that is given to new players. After few wins, my rating quickly rose to 1100. It was a good start, but a towering wall blocked my path to reach the milestone of 1200 rating. This was the second biggest roadblock of my chess journey. I started crossing 1200 but used to fall to 1100 again. This is when I started practicing with a mission to break the 1200 wall. Sometimes I even used to dream of me breaking a real wall with 1200 painted across it. After all the struggle, I crossed 1250 and that put a jetpack on my back and went rocketing to 1400. 1500 was the third strongest wall I had to break as I faced stiff competition. It was a bumpy ride, but I successfully crossed the wall later. In the year 2021, I faced my biggest challenge, crossing the 1700 wall. On the 1st of Jan 2021, I had crossed 1700 but to my disappointment, I fell back to 1600 after that. 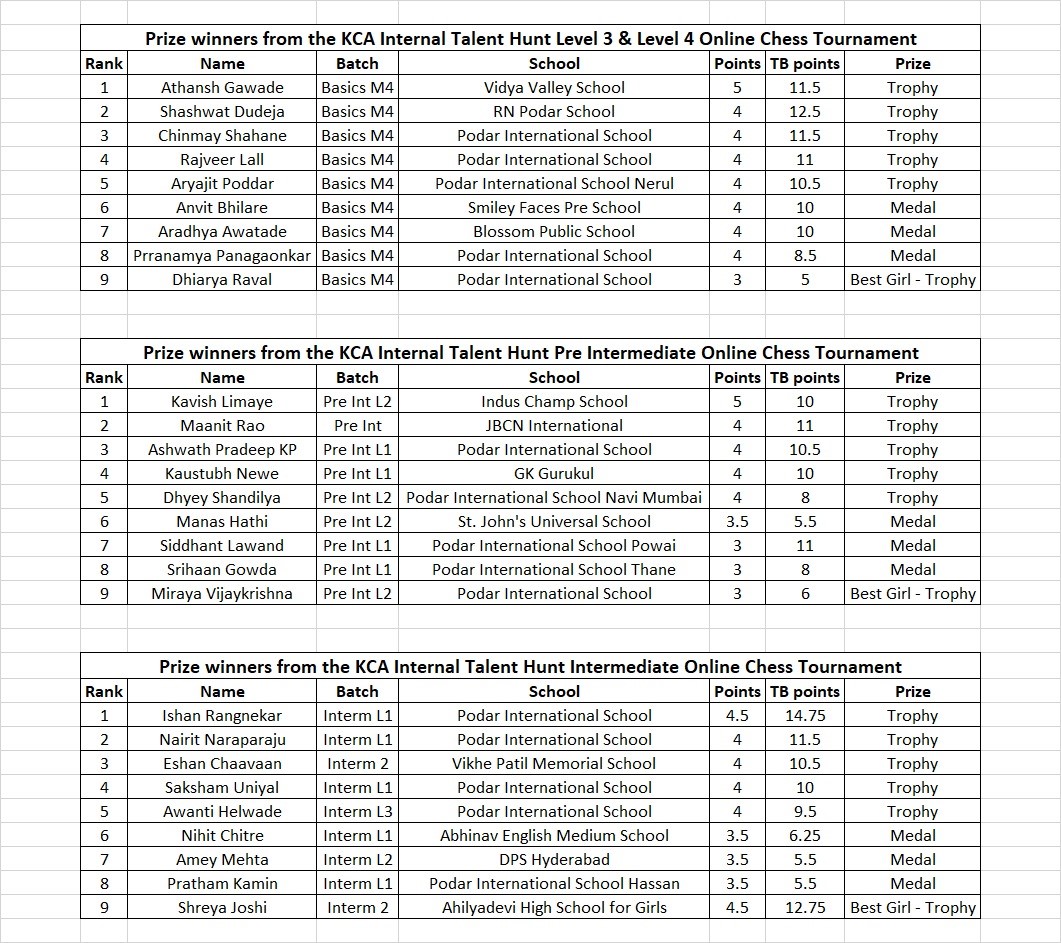 I started practicing harder than ever. My mom introduced me to several tournaments to improve my game. I recently won the Kunte Chess Academy Talent Hunt, Late Sudhakar Gaikwad Memorial Chess Tournament (district level), Silicon Valley Chess Tournaments, Gangji Chess Tournaments etc. Then on 22nd March, I crossed the rating which I could only dream of……1700!!!! I reached 1725 and I am writing this today on 23rd March 2021.

Chess has helped to focus and increase my concentration. My parents say that they can now see the strategic thinking in my game, but I don’t know what that means. I just enjoy playing the game and know that all the barriers that come at different levels can be crossed with perseverance, consistency, and hard work.